I.T. Equipment, Inc was established in 1961 in South Bend, Indiana beginning as a power transmission supplier.  I.T. Equipment was founded by two business men, Bob Bock and William Fornier from Schrade Batterson Company out of Chicago, Illinois.  The company was ran out of South Bend by Bob Bock while William Fornier remained in Chicago.   The company had three sales people and four office employees.

In 1985 I.T. Equipment's engineering department and all inventory moved from the South Bend corporate headquarters to the Plymouth location.  In 1988 I.T. Equipment consilidated the company, selling the South Bend facility and moving corporate to the Plymouth, Indiana location.  During these years the power transmission sales were slowly phasing out due to the increased growing conveyor and material handling production.  In 1984 I.T. Equipment came out with their own Transporter Line.  The company's transporter line took off and grew rapidly from then on out.  Between 1990 and 2004 I.T. Equipment went under four massive expansions.  The first expansion added 10,000 square feet, the second expansion added 3,000 square feet, the third added 3,000 square feet and the fourth added the assembly bay covering 6,050 square feet. 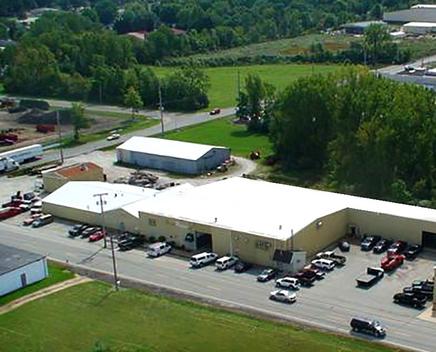 ​​Our staff is dedicated to building the strongest American made conveyor systems for you and your business. One that you can be proud of for years to come. Let our custom metal fabrication expertise work for you.

Our staff members are highly skilled and certified, with years of experience in their craft. Our team will ensure that the needs of our customers are not only met, but exceeded. The IT Equipment staff is passionate about every handcrafted piece we construct. We simply love what we do.

We want to be recognized by our customers as #1 in our industry in the highest quality, service, delivery and profitability. To be known for doing it right the first time as well as listening and responding to "the voice of the customer."  Facilitating a climate and culture that encourages continuous improvement, recognizes and rewards performance and encourages everyone to contribute and to work together to achieve positive results.  Our Management team will provide proactive leadership by means of example, stature, experience, mentoring, coaching, discipline, training, planning, executing, listening and communicating to develop IT Equipment and its staff into THE recognized superior transporter builder in the industry.

We’re committed to providing our customers with the highest level of craftsmanship and service. Whether it is Custom Conveyor Systems, Custom Fabrication or Custom Machinery, customer satisfaction is guaranteed.

We've been in business since 1961, specializing in conveying equipment with both individual conveyors and assembly conveyor systems in widespread service in North America, Europe and Asia.

Whether you are a systems integrator seeking to satisfy a production line application with modular transporter, a distributor wanting to carry a quality line of compact, low profile conveyors, or an end user with an application, we are sure you will find this Web site useful and informative.

Please contact us with any questions! Our team is ready to discuss your needs.